New Zealand painter Tony Fomison is profiled in this 1981 episode of a series about notable artists. Interviewed by Hamish Keith, Fomison is an engaging but diffident subject — describing his often dark, brooding works as "illustrations of dreams", but also ascribing human emotions to them. His powerful attraction to Pacific cultures is explored; it culminated in this Pākehā son of a working class Christchurch family getting a pe’a (the traditional Samoan body tattoo). Other topics of discussion include his childhood, time overseas, and eventual journey to his own art style. Tony Fomison died on 7 February 1990, at age 50.

You’ve got to maintain your objective viewpoint in the midst of a mucky, emotional thing like painting. You can leave the mucky emotions to the people looking at it, once it’s finished.
– Tony Fomison 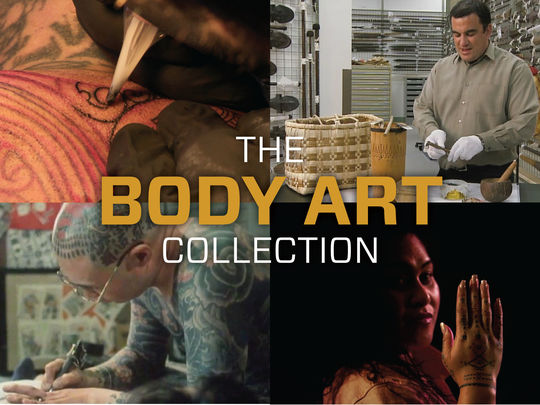 The pe’a features in this tattooing documentary Another artist inspired by the South Seas Documentary on an associate of Tony Fomison Documentary about the Samoan immigrant experience in NZ