Tattooing — "the world's oldest skin game" — is the subject of this iconic documentary. Writer/director Geoff Steven scored a major coup by signing Easy Rider legend Peter Fonda as his presenter. Travelling to Aotearoa, Samoa, Japan and the United States, the doco traces key developments in tattooing, including its importance in the Pacific, prison-inspired styles, and the influence of 1960s counterculture. Legendary tattooists feature (including Americans Ed Hardy and Jack Rudy), while the closing credits parade some eye-opening full body tattoos. Steven writes about making his tattooing documentaries here.

Then of course most everyone that comes in here treats us real good. I guess they'd better, since they’re going to be on the other end of the needle.
– East Los Angeles tattooist Mike Brown Title music by From Scratch 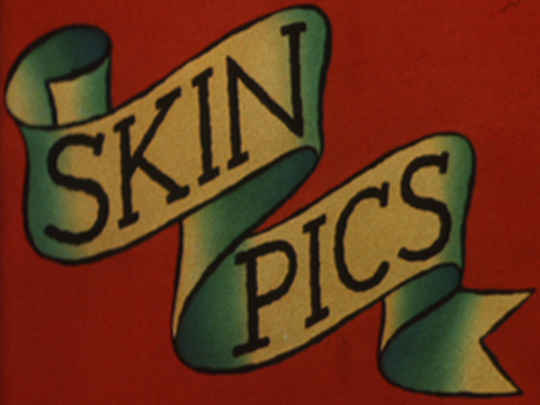 Another Geoff Steven documentary on tattooing Documentary about tattooing in NZ prisons and gangs Later profile of a Kiwi tattooist Documentary series made by Geoff Steven