This award-winning 1973 TV drama follows the career of PM Richard 'King Dick' Seddon from the events leading to his premiership in 1893, until his death in 1906. Writer Michael Noonan (The Governor) intersperses speeches and cabinet discussions with vignettes of Seddon's interaction with pressure groups and voters. Tony Currie (Close to Home) won a Feltex Award as the colourful Seddon, who forced through groundbreaking legislation. Listener reviewer Roger Hall praised it as New Zealand's "best historical documentary" to date. Watch out for broadcaster Brian Edwards as an opposition MP.

I’ve never been one to be afraid of a new idea; even my enemies couldn’t accuse me of that.
– Richard Seddon (Tony Currie) 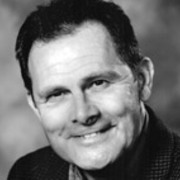 More on Richard Seddon in this Report on Chinese immigration and racism in New Zealand

Includes footage of the 1905 Originals team