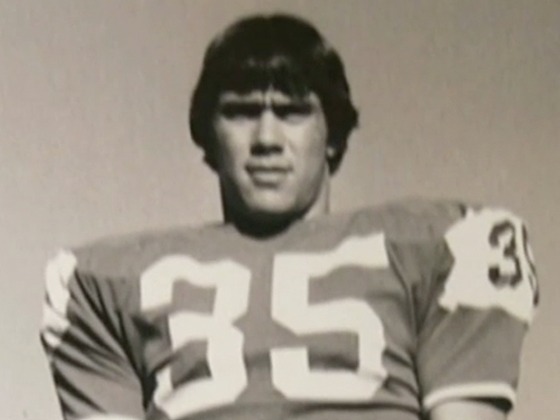 Part one of five from this full length documentary (for viewers within New Zealand only).

Part two of five from this full length documentary (for viewers within New Zealand only).

Part three of five from this full length documentary (for viewers within New Zealand only).

Part four of five from this full length documentary (for viewers within New Zealand only).

Part five of five from this full length documentary (for viewers within New Zealand only).

An All-American boy from NZ, Christchurch born Riki Ellison (Ngāi Tahu) is the subject of this Māori Television documentary. After moving to the United States at age eight, he made a stellar career out of “kinetic energy intercept”. A fearless player with an intimidating “Māori look”, he was a champion college football defensive linebacker and three-time Superbowl winner with the San Francisco 49ers. Then, inspired by Ronald Reagan, he became a leading advocate for missile defence systems; while, along the way, reconnecting with his whānau and heritage.

This world needs dream makers not dreamers to make our world, our society, our community, our village better than it is today.
– Riki Ellison Drama about an earlier generation of Māori footballers A Kiwi look at the United States Show about one of the great Māori All Blacks A groundbreaking exhibition of Māori culture in the... Another documentary shot in the USA Another look at the American arms industry Another documentary from director Glenn Elliott