Feature film Sunday sees a couple attempting to reconcile amidst the city of Christchurch, as it recovers from the 2010/2011 earthquakes. When Charlie (Dustin Clare from Spartacus) arrives from Melbourne to see the pregnant Eve (Packed to the Rafters' Camille Keenan), the pair have 24 hours to decide whether their relationship is one that could work again. Sunday was written by the real life couple (while Keenan was pregnant with their child), with help from Christchurch-raised director Michelle Joy. The film had an unusual release schedule — it was released on the same day in cinemas, on demand, and on airline in-flight entertainment.

Sunday is a wee gem. It's our own indigenous Before Sunrise, made with some real craft. This is an honest, heartfelt, skilful, admirable, and truly likeable film. Bravo.
– Graeme Tuckett, reviewing Sunday for Stuff, 4 December 2014 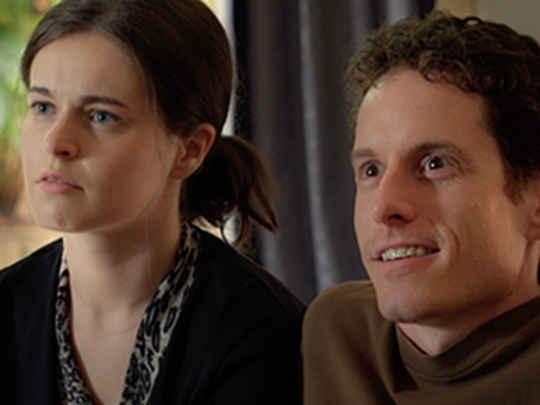 Another romance spanning one day Documentary on the effects of the Christchurch quakes Documentary about the 2011 Christchurch earthquake

Documentary about the Christchurch Earthquakes