The credits from this tele-drama.

Swimming Lessons is the story of jaded swimming coach Jim Sadler (Marshall Napier, from Came a Hot Friday and Bellbird) and a spirited seven-year-old delinquent (Sam Masina). The troubled Samoan boy is a potential champion, but the challenges of training him force the coach to confront his own failings in life: one as seemingly straight as the pool's lane line. Directed by Steve La Hood (documentary Numero Bruno), the TV movie won two NZ Television Awards, for actors Masina and Catherine Wilkin. It screened in the Montana Sunday Theatre slot. 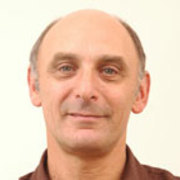 Marshall Napier also acted in this Catherine Wilkin also acted in this