Young Geoff Garlick reckons he's developed a game-winning move — the 'Garlick Thrust' — for his schoolboy rugby team. But on the Saturday he hopes to show it off to his dysfunctional family, they're more interested in the Springbok match. The national loss of innocence the '81 tour represented is captured in an end scene, which intercuts the family with clips of a notorious stand-off between tour protestors and rugby fans. Written by playwright Bruce Mason (The End of the Golden Weather), this was one of a three TV dramas written as he was battling cancer. 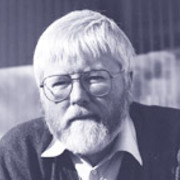 Another exploration of rugby and society Another drama in this Bruce Mason trilogy

Explores the effect of 81 tour protests in South Africa Another drama in this Bruce Mason trilogy Bruce Mason also wrote some episodes of this sitcom A film about an All Blacks Wales rugby match