This half-hour film from 1958 documents New Zealanders in Antarctica: researching International Geophysical Year, and supporting the Trans-Antarctic Expedition by laying supply depots for Vivian Fuchs’ overland crossing. National Film Unit cameraman Derek Wright films Edmund Hillary's team, capturing the drama of their (in)famous dash to the South Pole as they roll precariously forward in converted Ferguson tractors — “the best crevasse detectors ever invented” as Hillary notes. Hillary's team got to the South Pole on 4 January 1958, 82 days after leaving Scott Base.

We get used to Ed Hillary’s lanky figure starting off at the end of a rope. In all this white expanse it’s a little hard to know which way to head to dodge the crevasses.
– From the narration An Oscar-nominated doco on the expedition, directed by... NFU documentary following the Kiwi party to Scott Base Documentary on fundraising for this expedition 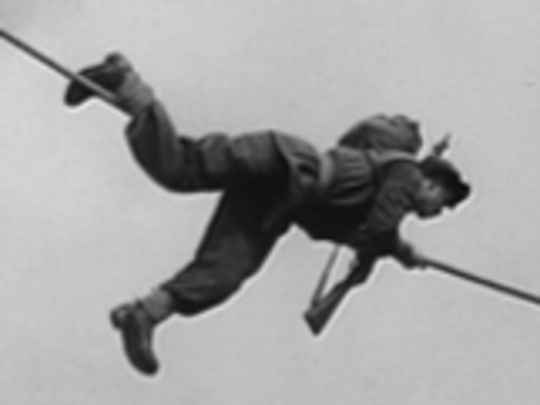 The huskies training for the TAE A 1980 NFU documentary on life on the frozen continent

A 2012 documentary on Antarctica