Mixing three separate strands, On an Unknown Beach is a so-called “‘speculative documentary" about journeys into landscapes of ruin. Sonic artist Bruce Russell explores the ruined Christchurch CBD, scientist Di Tracey captures compelling underwater footage while examining coral damage on the seabed, and poet David Hornblow undergoes hypnotherapy to explore his consciousness and past experiences with addiction. The film was made by Adam Luxton and Summer Agnew, whose 2004 documentary Minginui focused on an ex-forestry town in the North Island.

...[a] ground zero perspective of human life in the anthropocene; damaged, bruised, and in need of a fresh breath of air.
– Directors Adam Luxton and Summer Agnew describe their film Another experimental film that premiered at the NZ Film... Another documentary debuting at the NZ Film Festival in 2016

Another documentary that debuted at the 2016 NZ Film...

More on the Christchurch rebuild 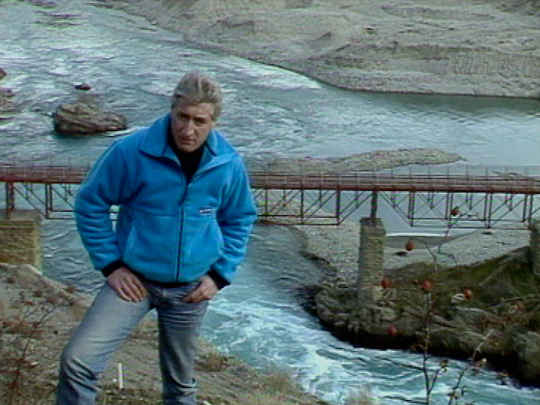 More on the Christchurch rebuild