from the single One Road (2021)
Add to watchlist
Share

In 2004 teens across Aotearoa were stealing flip phones off their parents and using all their credit to vote for Ben Lummis to win New Zealand Idol. All was not in vain with Ben Lummis releasing ‘They Can’t Take That Away’ after he won the inaugural singing competition. From his first audition with Brian McKnight’s 'Back at One' to this track, Lummis’ voice captured a nation. In just five months, the former teacher aide soared to the top of NZ’s music charts, with 'They Can’t Take That Away' spending seven weeks at number one. After a national tour with Idol singers, Lummis released his debut album One Road in mid 2004.

It was the best experience of my life. Lots of great memories [which] also opened a lot of doors and opportunities for myself that wouldn’t have happened if I wasn’t on the show. Everything comes with its ups and downs …. you take the good with the bad, the positives with the negatives. But no, I thoroughly enjoyed my time on there and I wouldn’t be where I am today, or the person I am today, if it wasn’t for that part of my journey in life.
– Ben Lummis on appearing on New Zealand Idol, The Spinoff, 19 September 2018 Teacher aide Ben Lummis morphed into a pop star after... Another number one hit from 2004 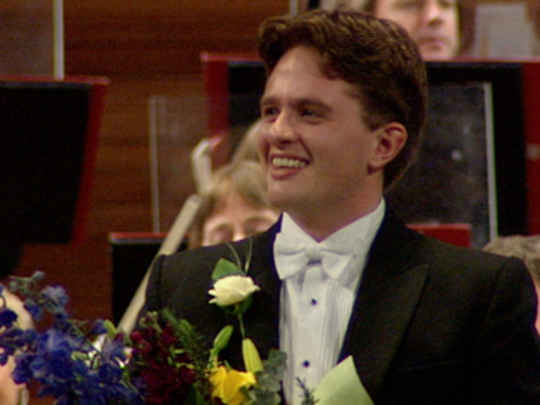