Part one of two from this full length programme.

Part two of two from this full length programme.

After decades as broadcasting's leading MC, Selwyn Toogood was on the receiving end in 1985 when he was This Is Your Life's guest of honour. Bob Parker hosts the former host of It's In the Bag, Beauty and the Beast and innumerable quiz shows. Friends paying tribute to Toogood include former "quiz kid" and future Speaker of the House, Jonathan Hunt MP, and former Bag hostesses Tineke Stephenson (née Bouchier) and Sue Scott. Also sending greetings are several stars from Coronation Street.

What should she do, customers – the money or the bag? By hokey!
– Selwyn Toogood, on It's in the Bag Thanks to format creator and rights holder Ralph Edwards Productions; and Bob Parker, Radio New Zealand Sound Archives Ngā Taonga Kōrero for allowing NZ On Screen to reproduce stills and footage featured in the title on this website. 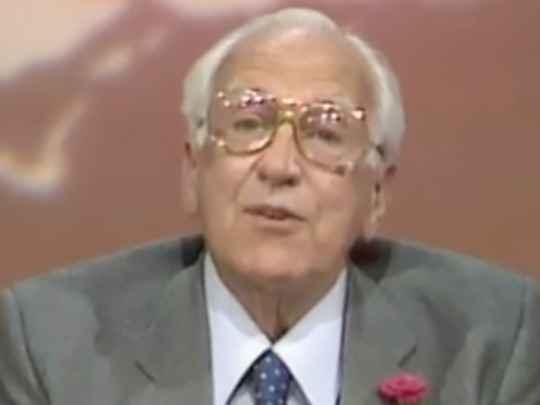 A magazine series presented by Toogood Radio heyday of the iconic show One of Toogood's first TV appearances