My mother didn't want me to appear in a bathing suit - I had to have a large cape ... I was offered trips overseas, to Hollywood, Australia, everywhere. They did everything possible to make my mother agree to my doing this sort of thing, but she wouldn't.
– Mystery contestant from the 1920s 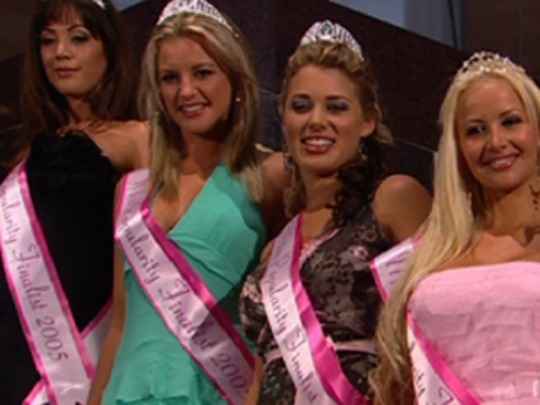 Although made to showcase female singers, late 60s...