Whale Rider follows a young Māori girl, Pai (Keisha Castle-Hughes), who challenges tradition and embraces the past in order to find the strength to lead her people forward. Written and directed by Niki Caro, the movie is based on Witi Ihimaera's novel The Whale Rider. Coupling a specific sense of place and culture with a universal coming-of-age story, Whale Rider became one of the most successful New Zealand films released internationally. It also won Audience Choice awards at the Sundance and Toronto Film Festivals. Castle-Hughes become one of the youngest actors to be nominated for a leading role at the Academy Awards.

The genius of the movie is the way it sidesteps all of the obvious cliches of the underlying story and makes itself fresh, observant, tough and genuinely moving ... this is not a simplistic fable but the story of real people living in modern times.
– Roger Ebert in a Chicago Star-Times review, 20 June 2003 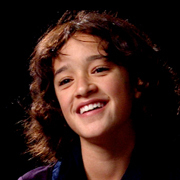 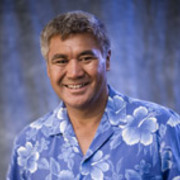 Made with financing from the NZ Film Production Fund, the NZ Film Commission, Filmstiftung NRW (Germany) and NZ On Air