On 13 October 1975, a historic land march reached the grounds of Parliament in Wellington and its elderly, articulate leader became Te Whaea o te Motu (Mother of the Nation). Whina tells Dame Whina Cooper's life story, from her achievements as a Tai Tokerau leader to the famous hikoi that made Māori land rights a key national issue. In this trailer, the teenage Whina (Tioreore Ngatai-Melbourne) experiences the injustice of land confiscations. Adult Whina (Miriama McDowell, from Coming Home in the Dark) takes up the mantle for Māori women, and elderly Whina (Rena Owen) delivers a powerful kōrero (speech).

No one hears us, Whaea. But when you speak, people listen. You could make our voices heard.
– Whina's Tai Tokerau whānau urge her to 'speak up' for the rights of Māori Documentary about the historic 1975 land march 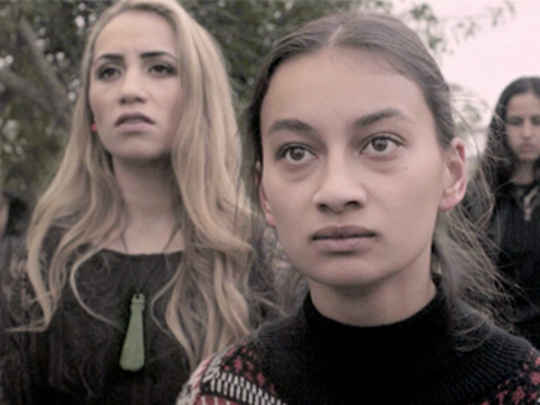 Miriama McDowell also starred in this