In the penultimate episode of this six-part web series written by Christopher Brandon, Byron Coll’s Sid is heartbroken after the loss of his leading lady Jane (Hayley Sproull), and he's considering throwing in the towel of his doco about Woodville’s epic battle against a Belgian petrochemical corporation. That is, until he discovers the whole town is rooting for him. Highlights include Bro (Jack Sergent-Shadbolt) waxing philosophical and Mr Baker (Don Langridge) uttering his first word of the series. 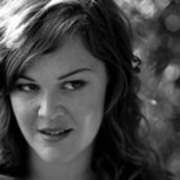