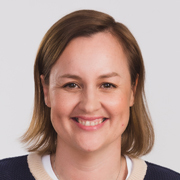 A self-described television nerd, Amanda Alison began her screen career writing and editing trailers for TV shows, "so I could get paid to watch TV". Later she used her comic wit to write and direct for 90s youth show Ice TV. She went on to create NZ TV Award-nominated comedies Mean Mums and Lucy Lewis Can't Lose, and write for a wide range of genres — from panel show 7 Days and horror comedy Wellington Paranormal, to kids series The Moe Show. Alison created Mean Mums by drawing on her own experience of "crazy" parent dynamics at primary schools. Her pilot for the series won Three's Comedy Pilot Week in 2018.

I think the funniest things are the things that are true that people can relate to. Amanda Alison, on creating primary school-set TV comedy Mean Mums, TV Guide, 4 July 2019