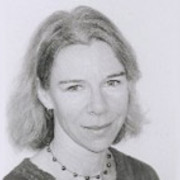 Novelist and poet Anne Kennedy co-wrote two of the most acclaimed episodes of 1980s anthology series About Face: Danny and Raewyn, and Jewel's Darl. Jewel was based on Kennedy's first published short story, which won the Katherine Mansfield Award in 1983. She followed it by co-writing Alison Maclean's first feature Crush. Later Kennedy's script for detective tale The Monkey's Mask was nominated for two Australian awards.

Crush is a thriller, but you don't know that because it creeps up on you unawares .... I found it to be an amazing experience. John Parker in a Metro review of Crush, March 1993