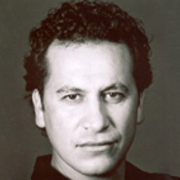 Julian Arahanga (sometimes credited as Sonny Arahanga) is no stranger to film sets. His father is veteran film industry figure Larry Parr, and he made his screen debut at the age of 11 in Parr's directorial debut, short film The Makutu on Mrs Jones. Arahanga played one of the main roles, as a boy who suspects a local Māori of having placed a makutu (curse) on a Pākēha woman (Annie Whittle). Looking back, Arahanga says he was too young to realise how lucky he was to be working with an actor of Whittle's experience, as well as kaumātua Sonny Waru, who had been one of those chosen to ccompany exhibition Te Māori to the United States.

Arahanga went on to join the predominantly Māori crew on landmark drama series E Tipu E Rea. Arahanga worked in the art department; it was the first of many behind the scenes jobs on film and television, often working in the camera department. Arahanga also acted occasionally on screen.

In 1993 E Tipu director Lee Tamahori, who had worked with Arahanga on a number of commercials, invited him to join the cast of low budget feature Once Were Warriors. Arahanga was 21. He played Nig, eldest son of Beth and Jake, who joins a gang and gets distinctive tattoos along one side of his face. Arahanga said the character was staunch "because of the conflicts between his mother and father. He's got a good heart behind all the staunchness and tough guy image."

The film went on to outgross Jurassic Park on its New Zealand release. Time magazine rated it one of the 10 best films of the year, while Entertainment Weekly reviewer Wade Major found it "among the most devastatingly powerful motion pictures ever made". In 2014 Arahanga would track down the the Warriors cast when he directed Māori Television documentary Once Were Warriors - Where are they Now.

Two years later Arahanga won a starring role in the Gregor Nicholas romance Broken English, which won praise from American reviewers. Arahanga played the chef who falls for a young Croatian immigrant, only to find her family are failing to reciprocate. Dominion reviewer Costa Botes noted the "consistently potent and engaging performances, especially those of the leads, Aleksandra Vujcic, Julian Arahanga and Rade Servedzija".

Overseas, reviewers for The New York Times, the LA Weekly and Australia's Herald Sun all name-checked Arahanga's performance. Sight and Sound reviewer Laura Miller praised Arahanga's "unselfconscious virility" in contrast to the forced masculinity of Hollywood. Arahanga and Vujcic, she wrote, both "glow with the radiant sexiness of nascent stardom, their characters all the more compelling for not being too innocent."

In 1998, while working on blockbuster-in-the-making The Matrix (playing one of Laurence Fishburne's crew) Arahanga was glad to reprise his Once Were Warriors role in a cameo for What Becomes of the Broken Hearted? At the time of release, the sequel became the second most successful Kiwi feature yet screened on home soil.

In 2007 he joined the ensemble cast of Kiwi horror film The Ferryman, as a young man caught up in dark doings at sea. Arahanga has also guested in episodes of Hercules: The Legendary Journeys and The Lost World. On film, he has taken smaller roles in Fracture and Eagle Versus Shark, plus 48 Hour Film Toy Boy.

Arahanga has continued to work behind the scenes in film and television. In the late 90s he joined father Larry Parr as part of short-lived production company Kahukura Productions. During this period Arahanga and Parr co-produced award-winning one-off television tale Fish Skin Suit. Arahanga was pulled in by the quirky, "beautifully-written script" by playwright Briar Grace-Smith, which revolves around a sleepy fishing village visited by an unusual stranger.

Since setting up company Awa Films, Arahanga has made frequent forays into directing; his work at the helm includes two seasons of series Songs from the Inside, in which a quartet of musicians work beside prisoners as they create music. A movie version is in development.

He has also worked with Songs producer Maramena Roderick on two seasons of series Behind the Brush, which chronicles some of the Māori subjects painted in the 19th century by Gottfried Lindauer. Arahanga has directed episodes of The New Migration, which followed people returning to their tribal roots,and two one-off productions inspired by Māori war heroes: 2008 documentary Turangaarere: The John Pohe Story chronicles the story of WWII pilot Porokoru Patapu (John) Pohe; 2011 docu-drama Dancing in the Sky follows WW1 flying ace Willam Rhodes-Moorhouse (played by Arahanga's real-life half-brother Tammy Davis). Both productions debuted during Anzac Day programming on Māori Television.