Liz Mitchell has designed for the catwalk, television and Kiwis striding the red carpet at the Oscars. Her screen credits include power-dressing soap Gloss, and Front Lawn film Walkshort. She now masterminds the creation of a range of clothing designs, from high end to Farmers, through fashion label Liz Mitchell. She was made a Member of the New Zealand Order of Merit in 2005, for services to the fashion industry.

This TVNZ entertainment special showcases Pacific Island contemporary and traditional fashion design, as well as music and dance. The live event and the TV show were both produced by Stan Wolfgramm and Julie Smith of Drum Productions. Wolfgramm also co-hosts this 2009 programme, along with Lotto presenter Sonia Gray. Fashion designers Francis Hooper, Denise L’Estrange-Corbet and Liz Mitchell appear as judges, and performers include John Rowles, Ben Lummis and Moana and the Tribe. Corbans Fashion Collections was a live event and TV special staged annually in the 1990s, where local fashion houses showcased their upcoming collections. The producer of the live show was Pieter Stewart, who went on to launch NZ Fashion Week. In this 1994 show, Shortland Street stars pock the front row, Alison Mau, Paula Ryan and designers opine on the dress code, grunge doesn’t appear to have impacted on the à la mode pastel styles (Zambesi and NOM*D are typically dark in contrast), and NZ On Screen editor Paul Ward channels Zoolander as a teenage male model.

Marlin Bay was a drama series following the comings and goings of a far-north resort and casino. Andy Anderson, Ilona Rogers, Don Selwyn, Pete Smith, Katie Wolfe and others made up the cast of earthy locals, wealthy foreigners, and city weekenders. Created by writer Greg McGee, Marlin Bay was one of the first primetime drama series from South Pacific Pictures. Kevin Smith received a 1995 Best Supporting Actor nod for his role as villain Paul Cosic. 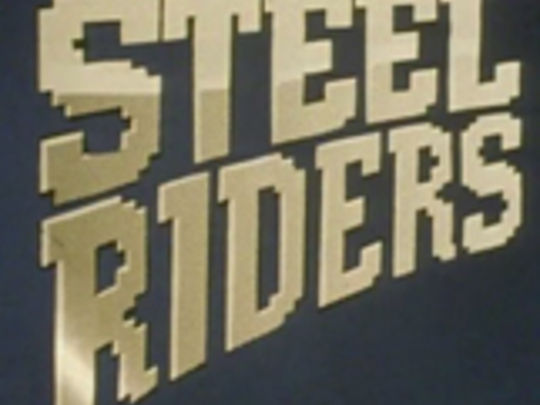 BMX, skateboards, spacies parlours and home computers — Steel Riders features all the hardware that an 80s-era kid could desire, with a motorcycling baddie to boot. Scripted by kidult master Ken Catran, the series follows a brother and sister who are targeted after inadvertently ending up with the spoils of a jewel heist. Pursued by mysterious (and irate) motorcyclist — The Spook — they enlist the help of a hacker and a BMX rider to help their father, who has been blamed for the theft. Ex-motorcycle racer Phil Thorogood provided The Spook’s stunts.

Yuppies, shoulder-pads, sports cars and méthode champenoise abound in this cult 'glamour soap'. Gloss was NZ's answer to US soap Dynasty, with the Carrington oil scions replaced by the wealthy Redferns and their Auckland magazine empire. The series epitomised 80s excess, and became something of a guilty viewing pleasure. In this Rosemary McLeod-penned pilot, a 'Remuera Revisited' plot unfolds as Brad Redfern's plans to have a quiet wedding get waylaid by ex-wife Maxine. Schoolgirl Chelsea wags, listens to her Sony Walkman and gets an unorthodox haircut. This classic short film provides an unusual showcase for Don McGlashan and Harry Sinclair, the founders of musical theatre group The Front Lawn. The slice of life narrative unravels like a baton relay; the duo play every character,  revolving around pedestrians on Auckland's Karangahape Road. Walkshort was directed by editor Bill Toepfer. Sinclair went on to do some directing of his own (Topless Women Talk about their Lives), while McGlashan would pay musical tribute to another famous Auckland street, Dominion Road. Costa Botes writes about Walkshort here.

This Wellington-set 80s TV series sees real estate agent Selwyn, TV producer Nardia (early turns from Temuera Morrison and Jennifer Ward-Lealand) and art student Ben (Kerry McKay) as a young trio united by a mysterious invitation. At an antique shop dinner the three adopted children discover that they share a colourful birth mother, before becoming players in a game for a legacy of $250,000 (and more existential prizes). This first episode features ouija boards and a funeral at Futuna Chapel; alongside 80s knitwear, a saxophone score and du jour animated titles. This four-part TVNZ series from 1986 surveyed the history of soul music, with a roll call of talented Kiwi performers belting out the genre's classics. In this first episode —  presented by Dalvanius with Stevie Wonder braids — the focus is on the influential 60s soul music of New York label Atlantic Records. Singers include Bunny Walters, Debbie Harwood, The Yandall Sisters, Peter Morgan and more. Ardijah chime in with their contemporary soul hit ‘Your Love is Blind’. The series writer was Murray Cammick, founder of music magazine Rip It Up.