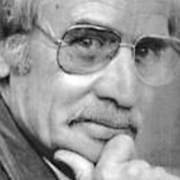 Born in 1932, Maurice Shadbolt spend much of his childhood in the Waikato town of Te Kuiti, at a time when finding New Zealand writing in the school library was like discovering forbidden fruit. He later described Te Kuiti as "a town of trainwatchers", where local entertainment consisted of watching the Wellington express go past, going to the movies, then returning to watch the next train. His parents moved house multiple times.

By the age of 21, Shadbolt had worked at a wool store, as a journalist, and as editor of an Auckland giveaway newspaper. He had also been inspired to write fiction, after campaigning against repressive restrictions on watersiders during the lockout.

Shadbolt was then offered a job at the National Film Unit. During his three years there, Shadbolt worked as a writer, director and editor — sometimes all three — on 18 newsreel items for the Pictorial Parade magazine series, plus six other films. He wrote about his time at the Unit in less than glowing terms in One of Ben's, the first of two volumes of autobiography. Shadbolt argues that by the time he arrived in 1954, bureacracy had become more important to the organisation than filmmaking. Left alone for days in a temporary office, Shadbolt finally began prowling the studio, and found laboratory staff who showed him how film was processed. Deciding he was competent to direct films, he got on with making them. "No one seemed to object; or even to notice".

Shadbolt chronicled high country cattle musters, top-dressing, and was ordered to avoid shots of slums after "two priceless weeks" filming painter Eric Lee-Johnson, whose speciality was derelict and historic buildings. Another item on the local wine industry was cancelled over worries the film would give the impression New Zealanders was populated only by "drunks and Dalmatians".

Shadbolt began writing "as disillusion with film set in". At the suggestion of friend Kevin Ireland, he switched from poetry to short stories, and had a story published in The Listener in 1955. Film and writing crossed over that same year. Shadbolt found himself working on a novel in Opononi during a month's leave from the NFU, just as Opo the dolphin was winning fame. Shadbolt and his first wife Gillian swam with the dolphin. Returning to Wellington, he was told to "find a cameraman and get back there fast." The resulting Pictorial Parade film was one of a number he worked on that was later re-edited for the New Zealand Mirror series (a decade later Shadbolt would reimagine the Opo story, for his 1969 novel This Summer's Dolphin.)

Fearing so few films were being made in New Zealand, he "had no future as a New Zealand filmmaker", Shadbolt left the country in June 1957, to begin extended journeys in other countries and pursue creative endeavours beyond film. Along the way he would write acclaimed novels The Lovelock Version and his long in gestation Strangers and Journeys, three editions of Brian Brake photo book New Zealand: Gift of the Sea, and a trilogy of novels set during the New Zealand Wars: Season of the Jew, Monday's Warriors and The House of Strife.

Though his writing would inspire other filmmakers, Shadbolt himself worked on few screen projects after leaving the NFU. One of the few exceptions was Down by the Cool Sea, an early television play which screened in 1966. Nine years later Roger Donaldson and Arthur Baysting adapted short story After the Depression for anthology TV series Winners and Losers. Originally collected in book The New Zealanders, the story revolves around a family searching for work in the 1930s.

Shadbolt's debut novel Among the Cinders (1965) was made into a movie in 1983. Filming in Golden Bay, German director Rolf Hädrich made a number of changes to the coming of age tale. Shadbolt and his real-life wife Bridget Armstrong appeared on screen, playing parents to the story's troubled teen. A young Rebecca Gibney co-starred.

Shadbolt's interest in Gallipoli would spawn books, films, and his only published play. Once on Chunuk Bair, a tale of a group of soldiers trying to capture a strategically important hilltop in Gallipoli, was brought to the screen in 1991 by Dale Bradley as movie Chunuk Bair. Shadbolt also wrote the script for Feltex Award-winning documentary Gallipoli: The New Zealand Story, and accompanying book Voices of Gallipoli. The book was based on interviews that Shadbolt and war historian Chris Pugsley did with 26 Gallipoli veterans, as Pugsley writes here.

Afflicted by health problems for much of his life, Maurice Shadbolt died on 10 October 2004.