Author Maurice Shadbolt went before the cameras to play father to the main character, in this little seen adaptation of his acclaimed coming of age novel. Teen Nick (Paul O’Shea) is estranged from his family, and blaming himself for his Māori mate's climbing death. He runs away to his straight talking grandfather (Derek Hardwick) — who takes him bush — and loses his virginity to Sally (a first film role for Rebecca Gibney). Produced by Pacific Films legend John O’Shea, the German-Kiwi co-production was directed by Rolf Hädrich (Stop Train 349). The film debuted in New Zealand on television.

With Among the Cinders, Rolf [Hädrich] was now trying to make a cinema feature, like many of those young directors he had trained in his earlier years at Nordeutsch Rundfunk. They had been successful — why shouldn’t he? A foreign location, exotic people — why not? Now that Rolf controlled the funds to make a low budget film, he tried to make much of the novel’s Māori content. It was hardly surprising that he also missed most of it, instead relying on those parts of the story that had succeeded in translation to German — the bond between the gruff old man and his grandson.
– Producer John O'Shea, from his memoirs: Don't Let it Get You, Page 147 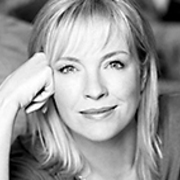 A coming of age short film

Another adaptation of Maurice Shadbolt's writing