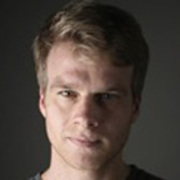 After an early screen appearance on Pulp Comedy and drama studies at Toi Whaakari, Nathan Meister has appeared in a host of feature-length titles. His TV roles include Rage and Tangiwai, but it's his frequent feature collaborations with director Jonathan King that have gained him the most exposure — with lead roles in Black Sheep (facing hordes of killer sheep) and a Moa-award nominated performance in REALITi.

We looked for key moments, how to develop into a hero ... trying to find how this all could support good character development without resorting to a single moment where, Bang!, now he’s the hero. Nathan Meister on his Black Sheep character, Moviefreak, 22 June 2007