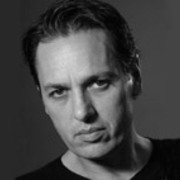 Ross Girven created his first play around the age of six. Since then an extensive stage career has seen him playing everything from Dog (in Footrot Flats) to Sweeney Todd. Girven made his screen debut as a vengeful nightclub owner in 1986 big screen thriller Dangerous Orphans. He went on to star as a Māori doctor returning to the East Coast in landmark Māori feature Ngāti, which saw him nominated for a Listener Film and Television Award for Best Actor. Since then Girven has acted on both sides of the Tasman.

The hardest thing was actually ... meeting Brian May, Roger Taylor and Ben Elton. I’ve been doing auditions for 20 years or more, so walking into a room and having a crack at something doesn’t really frighten me that much any more, but meeting them was a big thing. Ross Girven on auditioning for Queen musical We Will Rock You