Brit-born Suzanne Paul first made a splash on Kiwi television screens in the 80s, thanks to her infomercials. Hit TV show Guess Who’s Coming to Dinner? saw her surprising ordinary New Zealanders with a long run of celebrity guests. She paired up with Anthony Ray Parker again for TV's Garage Sale and Second Honeymoon, then went on to win the third season of Dancing with the Stars — despite breaking a rib in the final.

Some days I couldn't even get my shoes on, my feet were so swollen. From week three I was dancing with a pulled muscle, a torn ligament and a fractured rib. Suzanne Paul, on appearing on Dancing with the Stars

On 11 December 2015 the morning telly watching nation mourned the end of a long-running TV One staple. Good Morning’s 9000 hours spanned nearly two decades, from faxes to Facebook. In this final episode, presenters Jeanette Thomas, Matai Smith and Astar wrangle a two-hour curtain call of ex-hosts. Included are the last Men’s Panel, cooking bloopers, and of course, advertorials (with a Suzanne Paul tribute, and a promo for Stiffy fabric stiffener). There’s tautoko to the show’s te reo, support for the arts, and disaster appeals, and Shortland Street's Will Hall lip synchs to Def Leppard. Long-running travel series Intrepid Journeys took Kiwi celebrities (from All Blacks to music legends to ex-Prime Ministers) from the comfort of home to less-travelled paths in varied countries and cultures. The Jam TV series debuted in 2003 on TV One. With its authenticity and fresh, genre-changing take on a travel show (focusing on personal experience rather than objectivity), Intrepid Journeys was a landmark in local factual television. It managed to achieve the rare mix of high ratings and critical acclaim. Hosted by Charlotte Dawson, How’s Life? saw a rotating panel of guests responding to letters from viewers in an effort to help them navigate their day to day struggles. In this episode, the panel is made up of Paul Henry, Suzanne Paul, a pre-Outrageous Fortune Robyn Malcolm and ex Department of Work and Income boss Christine Rankin. The issues under discussion include a difficult five-year-old, strangers sneezing on your food, and a teenager who doesn't approve of their ex's new boyfriend. There is also meningococcal awareness advice from Auckland District Health Board. This Greenstone Pictures' series was a mixed plate of reality TV, cooking show and Stage One Anthropology. The (Kiwi) concept is simple: presenter Suzanne Paul invades a house with a camera crew and mystery dinner guest, while restauranteur Varick Neilson cooks the occupants dinner. Special guests included David McPhail, Temuera Morrison, Mike King and Kevin Smith. Two series were screened in 1998 and 1999, with a third screening in 2004. 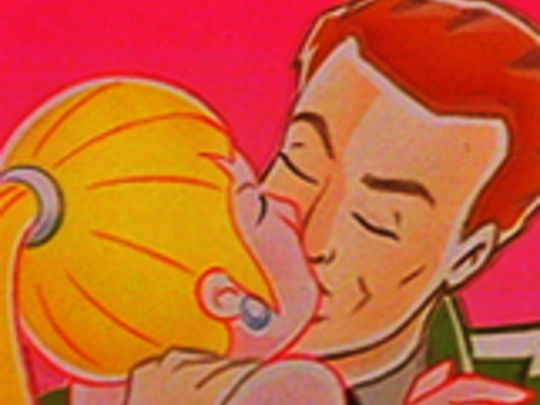 The basic format of Blind Date involves putting a series of questions to three potential dates who can't be seen. First in the driver's seat is Natalie, a “part-time actress and model who would love to meet somebody fast and exciting” — although not too fast. Her choices are a “Greenpeace supporter”, an accounts clerk, and a welder who likes to work out. Watch out for Suzanne Paul as one of the show's later suitors, who gets laughs for making clear the romantic impact of a well-built wallet. Two contestants also provide a post-mortem on their blind date.