Auckland company The Downlow Concept specialise in screen material with a quirky bent. Downlow broke into television with music quiz Pop! Goes the Weasel, inspired by their radio series. They made their name with a run of award-winning short films, including Only Son, the first 48 Hour film to win at the Qantas TV Awards. Alongside long-running panel show 7 Days, they created acclaimed dog-racing comedy Hounds, and were asked to write a project for US cable network FX. Debut movie Gary of the Pacific was released downunder in March 2017. It follows a real estate agent who becomes chief of a sinking island.

I loved everything about Hounds. It felt like every scene, every character, every line, and every detail has been agonised over. NZ Herald writer Chris Schulz after watching the final episode of Hounds, 13 July 2012 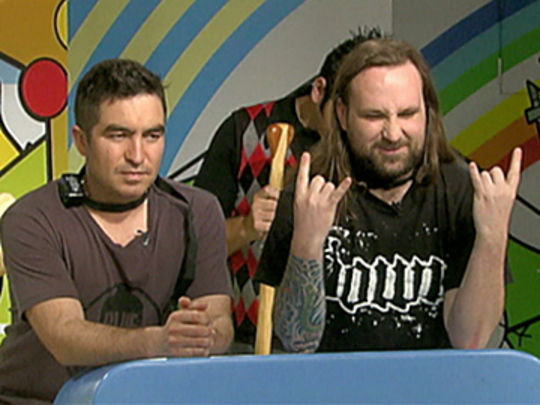