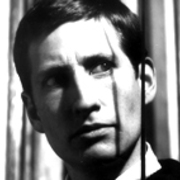 Tim Eliott grew up in Hawke’s Bay, then England. In his 20s, he toured Aotearoa twice with The New Zealand Players, and began doing radio dramas, commercials, and narrating for film. A key force on and off stage in the early days of Wellington’s Downstage theatre, Eliott emigrated to Australia in 1968. A busy career of radio and screen acting followed, including playing a British colonel in Utu. Tim Eliott died in April 2011.

Farewell to Tim Eliott, a beautiful voice and a true gentleman. Online tribute on website tim-eliott-tribute.net