Josephine Davison was still a teenager when she got a role on new show Shortland Street. After three years as wacky cafeteria owner-turned-soap star Gina Rossi, she has gone on to play Cleopatra (in Xena) a dodgy Triad wife (in the early days of Outrageous Fortune), and a betrayed girlfriend (Topless Women Talk About Their Lives). In 1994 she co-starred opposite Marton Csokas in early digital feature Vulcan Lane. 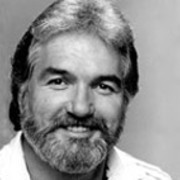