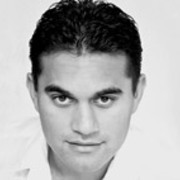 During six years playing an ambulance driver on Shortland Street, Blair Strang’s character Rangi Heremaia thought he was romancing his own sister, and spent periods lovelorn, paraplegic, on the run, and missing in action. Since then Strang has risen from the dead, to finish a law degree and run his own real-life Auckland law firm in Auckland. He has also found time to act on TV series Go Girls, Greg McGee thriller Doves of War (as an arrogant ex-soldier) and hit show Nothing Trivial — he did three seasons as quiz-mad “bloke’s bloke” Brian King.

When I first started out as a young fella, acting was my passion. And it still is otherwise I wouldn’t do it. But law has kind of grown on me, and it’s like a girlfriend that I realised slowly I really do love. Blair Strang, to the Dominion Post's Kimberley Rothwell, 19 July 2011