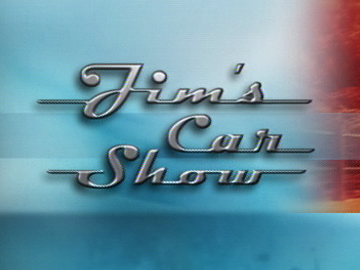 By the year 2000, popular TVNZ weatherman Jim Hickey had a programme with his name in the title. The motoring show looked at everything from the psychology of buying a car to road testing new editions and revisiting classics. Hickey's co-presenters were Mark Leishman and onetime MTV host Marie Azcona. After leaving in the second season, Azcona was replaced by Jeanette Thomas.  Jim's Car Show was produced for TV One by Dave Mason. Hickey and Mason formed company Rustic Road productions in time for the second season, and went on to make further programmes together. Jim Hickey spent more than two decades using his dextrous vocabulary to predict the likely path of sun, rain and wind. A longtime TV One fixture as weather forecaster on the primetime news, Hickey has also brought his distinctive presentation style to a host of other shows, including Country Calendar and A Flying Visit. After a career producing a range of TV programmes  in the United Kingdom and Germany, Dave Mason relocated to New Zealand in 1999. He began working with Julie Christie at Touchdown Productions on cooking show Ready Steady Cook, then started producing Jim’s Car Show for TVNZ, hosted by weather presenter Jim Hickey. Working on this and further shows with Hickey (A Flying Visit, The Real Middle Earth) he formed Dave Mason productions in 2004, and in 2007 launched long-running careers show Just the Job. Mason has also directed and written further TVNZ shows, including Ellerslie and Maggie’s Garden Show. Jim Moriarty's screen career has ranged from 70s soap Close to Home and Rowley Habib's The Protestors, to starring in mock-doco The Waimate Conspiracy and playing Dad in The Strength of Water. Committed to theatre as a tool for change, he has often worked with troubled youth (eg 2003 documentary Make or Break). Moriarty's directing work includes TV's Mataku, and a stage musical of Once Were Warriors.