Miranda, Gordon, Roz and Sharon deal with the life-threatening realities of obesity. Nominated for Best Documentary at the 2002 NZ Television Awards, Big explores their daily routines and difficult relationship with their size. Miranda is severely overweight and can't dress or wash without help; Roz is upfront about her bingeing and its origins in low self-esteem; Gordon undergoes lap band surgery in the hope of curing his tendency to retain weight. Big’s most poignant moments come from Miranda and Roz’s determination not to let their struggles affect their children’s well-being. Years before it became a national health crisis, star UK broadcaster David Frost hosted this audience discussion on NZ’s “battle of the bulge”. And far from his later interrogation of Nixon, Frost’s form here is loose and relaxed. Analysis makes way for his wry examinations of such du jour weight-loss products as portable saunas, laxative pills, “Easy-Slim” underwear, and the Slendermatic: a muscle vibration unit modelled by a bikini-clad lass reclining on a sheepskin rug. This was one of six Frost Over New Zealand specials filmed over a whirlwind four-day shoot. Former pro wrestler Wilbur McDougall was battling addiction and self-imposed isolation before undergoing gastric sleeve surgery. For this serio-comic documentary, he let university mate J Ollie Lucks film his journey of transformation. McDougall needs a new wrestling persona — and the "happiness and self-acceptance that has eluded him for so long". Will his friendship with Lucks survive, as the filmmaker jumps at the story from the top rope? Lucks and Julia Parnell's feature began in 2015 as a short film for Loading Docs. The long version debuted at 2017's Doc Edge Festival. Star English interviewer David Frost was international television royalty when he jetted into New Zealand in 1973 to host a series of six hour long shows which were produced by Des Monaghan and directed by Kevan Moore (the longest duration he’d worked on). In the NZBC’s most ambitious undertaking up until then, the six episodes were recorded in just four days. The series began with political leaders — Prime Minister Norman Kirk and Leader of the Opposition Jack Marshall. The other subjects were abortion, obesity, champion athletes, marriage and children. 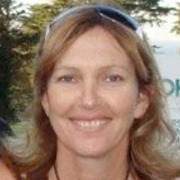 Robyn Scott-Vincent, MNZOM, is longtime producer of Attitude, the globetrotting series that focuses on people living with a disability. Scott-Vincent has an extensive background as a journalist. Since 1992 she has headed her own production company, Attitude Pictures.