Shot in the same year he became producer of Radio With Pictures, Brent Hansen created this gem before going on to become Editor-in-Chief and President of Creative for MTV International. Like a cross between a Kraftwerk gig and an early episode of Dr Who, Pulsing features what must have been particularly exciting special effects, but sadly arrives curiously free of content warnings. The sight of ex-Play School host Tim Bartlett being aurally tortured has lined psychiatrists' pockets for decades. This promo, directed by Simon Ward, showcases a single from Wellington’s Disasteradio. The bespectacled "D-rad" broadcasts a soup of synth-pop from the safety of his bedroom bunker via walkie talkie to his bandit girl, stranded outside in a post apocalyptic landscape. She fends off zombie marauders after her dog; he eats - and gets infected by - a pizza ... and talks to his hand. And his hand talks back. 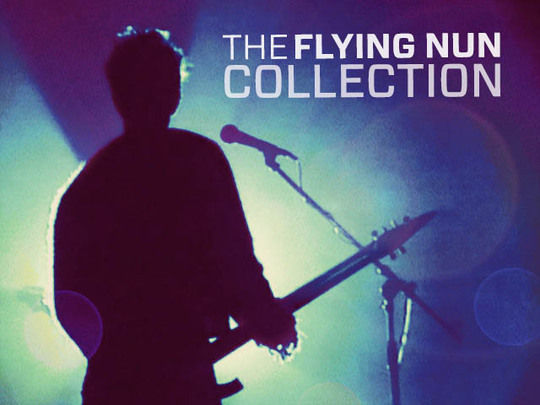 New Zealand's much-loved comedian and entertainer Billy T James tells the story of his heart transplant operation at Greenlane Hospital, in 1989, and his subsequent recovery. The documentary, much of which is filmed at the hospital (sometimes even from bed, as Billy re-enacts his operation) also features five other patients who he became close to over the months while they waited for their hearts. Entertaining as well as educational, the film includes a musical number with Max Cryer, dressed as a surgeon, joined in song by Billy and Don Selwyn. In the debut episode of the award-winning young inventors' series, Auckland schoolboy Adam Gaston has a design for rocket-powered ice skates — and the resident Goober experts and guests (including Aquada developer Alan Gibbs and Olympic speed skater Mark Jackson) could be the ones to help him achieve his need for speed. Challenged to create skates that will outsprint Jackson, Adam and 'Build Buddy' Sam Britten discover that rockets may be a step too far. Jet propulsion could be the solution — but will anyone be brave enough to test the results? Roving reporter Simon Morris talks to music movers and shakers in this special report from the 1980s cult music rock show. Auckland is on the cusp of the club boom and live music is waning. A youthful club promoter Russ Le Roq (aka Russell Crowe) flies the flag for the kids, Colin Hogg is unimpressed and a fresh faced Graeme Humphreys (aka Graeme Hill) fronts the Able Tasmans. Meanwhile, local acts are in short supply in Wellington. The live scene is healthier but radio certainly isn’t. The Pelicans (with a young Nick Bollinger) and Strikemaster perform. This 2001 Mercury Lane episode is based around pieces on author Maurice Shadbolt, and OMC producer Alan Jansson. With Shadbolt ailing from Alzheimer’s, Michelle Bracey surveys his life as an “unauthorised author” (Shadbolt would die in 2004). Next Colin Hogg reveals Jansson as the “invisible pop star” behind OMC hit ‘How Bizarre’ and more. The show is bookended by readings from Kiwi poets: Hone Tuwhare riffs on Miles Davis, Fleur Adcock reads the saucy Bed and Breakfast, and Alistair Te Ariki Campbell mourns a brother who fought for the Māori Battalion.