Midway through the second season of the hit ballroom dancing show, politician Rodney Hide had won fans, lost weight, and weathered accusations that vote rigging had gone his way. More drama was to come: in this excerpt, Hide fails to catch dance partner Krystal Stuart at the end of their cha-cha, leading to the lowest score possible, and subsequent elimination. In 2018 Stuff rated the mishap as one of Dancing with the Stars' five most memorable moments. Hide regained some dignity in a series final guest appearance, when he and Stuart returned to execute the routine. Paul Holmes signed off editions of his weeknightly current affairs show with "Those were our people today, and that's Holmes tonight". 'Our people' in this 1997 Christmas special — presented from the roof of TVNZ — include seemingly everyone deemed worthy of news in 1997: from surgery survivors, to stowaways (the notoriously laconic Ingham twins) and All Blacks. Reporter Jim Mora finds politicians bustling for cheery airtime; Tom Scott recalls where he was when Princess Di died; and international celebs (from the Spice Girls to Kylie) send wishes downunder. Paul Henry surprises bungy jumping entrepreneur Alan John Hackett at Auckland Airport with the immortal words, "This is your life". The many guests in this 70-min. special include childhood go-kart friends, bungying celebs and police boat chief Lloyd McIntosh, who recalls the day he witnessed Hackett leaping off Auckland Harbour Bridge as "a highlight from his career". Hackett later stole up, and leapt off, the Eiffel Tower (less Man on a Wire, more man with rubber rope). Adds his mother Margaret: "I'm buggered if I consider him famous. He's just AJ." 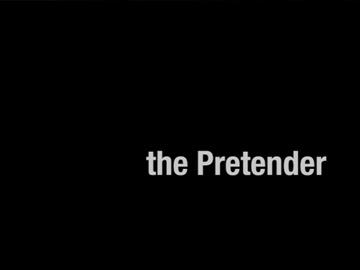 In this mockumentary series, hapless property developer turned politican Dennis Plant (played by Bob Maclaren) campaigns to win a fictional Queenstown seat, then later launches party Future New Zealand. Made by Great Southern, the first season screened on TV3. A second season on TV One coincided with the 2008 election; it was thrice nominated at the 2009 Qantas NZ Film and TV Awards (Best Comedy, plus Actor and Supporting Actor, for Maclaren and Andrew King respectively). Reality met fiction when Plant's 2008 election blog appeared on the NZ Herald website. Christchurch property developer Dave Henderson experienced bankruptcy, accusations of fraud, and 25 plus tax audits. This Kafkaesque comedy is based on his best-selling book about a five-year battle with the tax department, over a $924,000 bill. Kiwi/Scot actor Erik Thomson returned from Australia to play Henderson, while a near-unrecognisable Michael Hurst cameos as MP Rodney Hide. Lumiere reviewer Simon Sweetman praised the “superb” casting, and Thomson’s playful performance. The film is adapted and directed by screen vet Jonothan Cullinane.