Directed by award-winning current affairs journalist Amanda Millar, this documentary celebrates the life of equality advocate Celia Lashlie. The first female prison officer in a male prison in New Zealand, Lashlie fought to get people the tools for making responsible decisions, from female prisoners to fatherless boys to impoverished children. Lashlie had a particular focus on empowering mothers. The documentary was filmed over the last months of her life, following a diagnosis of terminal cancer. Celia premiered at the 2018 New Zealand International Film Festival. 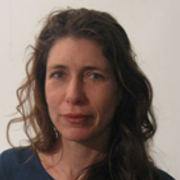 A look at art in prisons

A fictional look at the struggles of a young woman Boys figuring out how to be good men Music from a women's prison A 1998 look inside prison life