Brutus, the Ides of March and all that Bunk

Beware the ides of March. I knew my history well but never thought that millennia later I would have a reason to take heed of the warning. That's the day — 15 March — that in 44BC Julius Caesar was stabbed to death at least 23 times (talk about overkill) by one of his inner circle, Brutus.

My own Ides of March memory wasn't so brutal but it did involve a Brutus and what I considered, at the time, an act of betrayal. In my Ides tale Brutus played his part two months earlier, but his significance comes later in how events unfolded.

It was a typically windy and overcast Autumn evening when I caught a cab to the Wellington inner city suburb of Brooklyn — with two cheques in my pocket totalling nearly $42,000. In a coincidence that not even Ripley would have believed, I had just been listening to the new Iron Maiden album Killers, and it's lead off track was an instrumental written by their bass player Steve Harris called ... 'The Ides of March'.

I don't recall the address. It was rented by a friend of the 'friend' I was meeting. My 'friend's' name was Kevin Fogarty. He was the lead singer and guitarist of a band called The Knobz, who had become a part of New Zealand music history on 2 November, 1980, when their independently distributed single 'Culture' debuted in the charts at number 28. The cheques I held were for royalties from sales of the single. I'd been a major player in its success and, recently jobless, couldn't wait to get my hands on, as the Sex Pistols would later so elegantly put it, my share of the "filthy lucre".

It didn't unfold that way. Instead of a full band meeting, Fogarty played solo, nervously greeting me and ushering me into a room which I gathered was his digs for the night. The conversation was simple. The four members of the band had decided that they were going to use the money to self-finance their debut album. Warner Brothers, the label I'd negotiated a distribution deal for 'Culture' with, was going to distribute and promote it. In those days recording costs at Stebbing Studios, where the band's debut Sudden Exposure was recorded, were $70 an hour.

"Sorry Mike, we appreciate everything you have done. I know how you must feel but we never signed any sort of agreement and we've worked bloody hard to make this happen. We don't want to pass up the money to record an album on our own terms. We've agreed that if you want to continue recording artists you can use the name of the label. Bunk Records is yours."

My "cut" felt more like the sort that Brutus delivered. It was true though, there was nothing, signed, sealed or delivered that said any of the money was mine.

I had met the band six months earlier when I was working as a journalist for the Musicweek section of the Sunday Times, an earlier tabloid version of the Sunday Star-Times. At the time, the New Zealand music industry, was in a state of flux. The Sex Pistols had created anarchy and a wave of do-it-yourself bands and independent labels. The multi-nationals in New Zealand were still largely playing it safe, with one of the worst offenders, CBS, now Sony BMG, attempting to turn Sharon O'Neill into an American country artist and its most recent signing, Jon Stevens (later known for his lead role in the Australasian stage production of Jesus Christ Superstar, as the frontman of Noiseworks and as the replacement for Michael Hutchence in INXS), was being given the MOR treatment with his first two New Zealand No 1 singles 'Jezabel' and 'Montego Bay'.

It wasn't where Stevens was at. He'd told me he was a rocker at heart and he wanted to front a rock band, but his brother Frankie had helped persuade him that you have to get a foot in the door first.In September, 1980 I received a terse letter from John McCready, the then head of CBS records New Zealand, who had taken exception to something I wrote about how the company was handling Stevens: "CBS is proud of its commitment to New Zealand music. Those who can do, and those who can't, criticise".

The comment had its desired effect and never one to back off from a challenge, I found my perfect response when The Knobz arrived in Wellington a month later. When I interviewed Fogarty, he mentioned the band, who started life out as Roxy Lox, had recorded a single 'Culture', which had been rejected by EMI and Warner. I listened to it. It was a catchy pop protest song about the 40% sales tax on music that the Muldoon government had refused to budge on because "pop music isn't culture".

Opera and classical music were deemed cultural. More importantly, 'Culture' had a gimmicky hook — Danny Faye, a regular at the time on McPhail and Gadsby who had already recorded a send-up of Muldoon singing 'Let's Do It My Way', voiced an impersonation of the prime minister expressing his disdain for pop culture (the idea of adding some Muldoon dialogue came from the song's producer Peter Blake, who would later produce most of Bunk Records' singles). I thought the song had commercial potential and agreed to help the band make it a reality.

At the time, I was also the manager of Chelsea Records in Wellington, then the largest music retailing franchise in New Zealand with 12 branches. Within a week I had arranged for Polygram New Zealand (one of two local pressing plants in those days) to press and deliver 1000 copies of 'Culture' to my home in Hataitai, Wellington. It was Labour Weekend and my two flatmates and I did our labour of love. We stamped the artwork with the word Culture?, bundling the CDs and inserts, into plastic sleeves, packaged them into boxes of 50 and, on the Tuesday, sent them out through the Chelsea network, with a request to include any sales on the official RIANZ sales charts.

The band was on a hectic North Island tour — seven cities in seven nights — and we negotiated with the main retailer in cities where Chelsea didn't have a branch to sell the single on a sale or return basis at their concerts and chart their sales.

Before heading out of the capital The Knobz played a concert at the Town Hall. Muldoon was invited. He made a brief appearance. A video was hastily arranged at the old Avalon Studios where the Top 10 countdown music show Ready To Roll was produced. Faye graciously appeared on the video, directed by Tony Holden. The band presented Faye (in the guise of Muldoon) with a copy of the single on the steps of parliament and he promised to give it a spin as the band sang:

"Don't give me culture you're not hearing me Rob! I could buzz around like a Beehive boy but I'd like to see ya do my job — up front with the Knobz!"

Those elements — gimmicky as they might seem in retrospect — conspired to create a footnote in New Zealand "Culture".

On 28 October, 1980 I got a call from the late Sheryn Ashley, who was responsible for compiling the official RIANZ Top 50 album and singles charts.

"Hi Mike, it's Sheryn here, I gather you have something to do with The Knobz and 'Culture'."

"Well it has entered the charts and we need to know who the official distributor is.'

That's the day that Bunk Records was officially born. When the charts were published on Sunday, 2 November, there were The Knobz and 'Culture' at No 28 and, alongside the multinational distributors EMI, Festival, RCA, CBS, Polygram, RTC and WEA was Bunk Records — the first independent distributor to chart a single in New Zealand.

It would stay in the charts for 16 weeks (just falling short of platinum status with more than 7000 sales), peak at No 5 on 14 December and drop out of the Top 50 on 8 March. During those heady times, I negotiated a distribution deal with WEA's Tim Murdoch, who had earlier passed on the single, and a royalty deal with Dave Christensen at Polygram's budget label Music For Leisure for 'Culture' to be included on the annual Solid Gold compilation (Volume 28). Solid Gold was a cash cow, selling around 80,000-100,000 copies.

We got way above the standard industry licensing rate in those days — 28 cents for every album sold — because 'Culture' was an anomaly — an independent recording, and Christensen wanted to continue the Solid Gold format of having at least one Kiwi artist represented on every compilation. ' Culture' was the Kiwi song of the moment.

In December 1980, I left both paying jobs in order to focus on the success of 'Culture'. I had some savings but was uncertain where the ride was going to take me. When 'Culture' started to lose momentum and slip down the charts in early 1981, I had a small stroke of luck that would provide the seed money for Bunk Records, although I didn't realise at the time that's what I would be involved with for most of 1981.

A keen punter, I made a tidy sum at the races in the Marlboro Mile at Trentham on Wellington Anniversary weekend, when a hardy South Island horse I'd followed named Brutus paid over the odds.

Which brings us back to the Ides of March. Still in shock, from what I perceived, at the time, as an act of betrayal, I ordered a cab back home. That's rock 'n' roll. It was the last time I would ever talk to the band members. As I got into the taxi, all I could think was "what a bunch of nobs".

Footnote 1
The 1981 Muldoon government abolished the 40% sales tax on New Zealand records. I like to think that 'Culture' played a small part in that.

Footnote 2
Bunk Records released an album — Wellington Zone — featuring The Mockers, the Steroids, The Digits and Beat Rhythm Fashion, and 11 singles between March 1981 and December 1981. The label was distributed by CBS Records.

- Written by Mike Alexander for the Sunday Star-Times, 13 March 2011 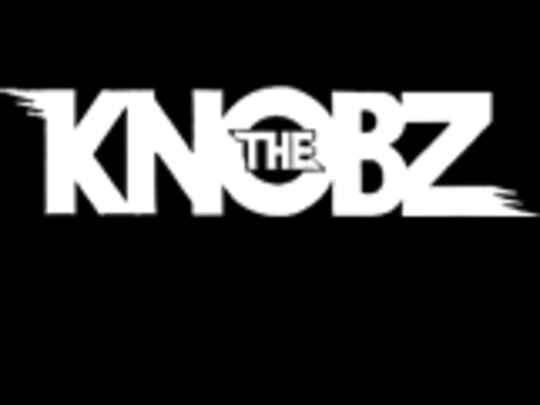 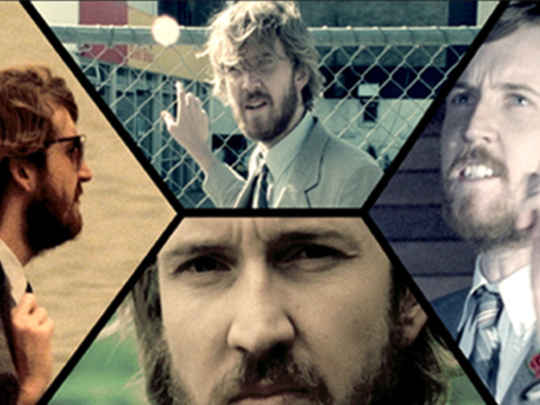