In this excerpt from 1992 documentary Here is the News, Prime Minister Robert Muldoon throws the political dice one last time. Ex TVNZ political reporter Jim Greenhough recalls the June night he and his colleagues crowded into a Beehive hallway to witness a visibly inebriated Muldoon call a snap election date of 14 July 1984. The Labour Party went on to win decisively; some say this ill-judged appearance was the moment that the Muldoon era sped towards its end. Muldoon's slurred answer to reporter Richard Griffin's question about election timing is one of Aotearoa's most famous political quotes.

Doesn't give my opponents much time to run up to an election, does it.
– An inebriated Robert Muldoon answers reporter Richard Griffin's question The full documentary from which this excerpt is taken A report from 1984 on Rob Muldoon's announcement Marilyn Waring played a key role in the events of 1984

Drama about the next PM, David Lange 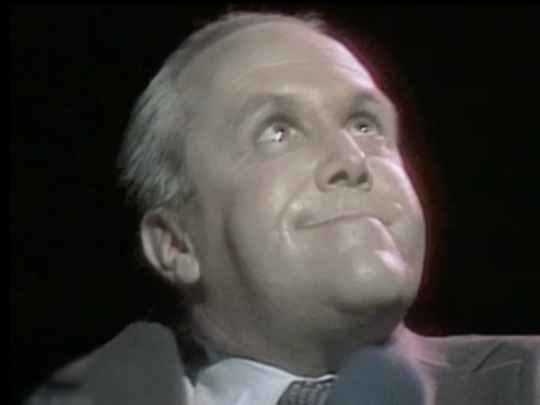 David McPhail was famous for his Muldoon imitation Another short clip from the same documentary Rob Muldoon inspired this song by The Knobz