The Horror, the Horror

The concept came partially from me wanting to play with things that I had always thought were cool. Like shooting miniatures. That, and I grew up watching horror films in a big way (I remember going over to watch a movie with a high school girlfriend. I had hired Meet the Feebles. She broke up with me shortly after that.)

The shoot was brutal, just trying to get the set and miniatures built in time. We shot everything green screen, but with half a set (just grass and gravestones). We managed to get the grass for next to nothing, as it had just been used on a Powerade advert with Mils Muliaina in it.

I had a shot list that was about double what we ended up shooting, as it was just too ambitious. The problem being that in editing, all of the narrative stuff ended up having been shot in such a rush, it didn't work how I wanted it too.

We spent every night for about three weeks at Digital Post. One of their young post guys was really keen to do a video, so me and him worked on it solidly in the evenings after all their paying jobs had finished up for the day. It got brutal because we had a fixed deadline and we both had day jobs, so it was a long time with next to no sleep.

I got a friend who was a designer to create a big plate for us of the house in the background. The band were shot both on the set and then just in front of the green screen, in order for us to be able to place them with their transparency.

We built miniatures of the coffins and the underground layer. However having shot on HD, the producer had changed the camera we had booked at the last minute. It didn't seem like a big deal until we went to shoot the miniatures and found that you couldn't alter the shooting speed (you usually shoot miniatures at 50 frames per second, instead of 25 frames per second). So that was a bit gutting as they never worked as well as I hoped. 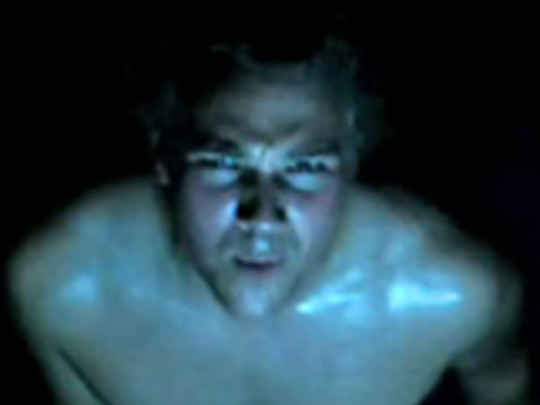 Members of Goodnight Nurse went on to LEISURE