A short segment from this TV comedy.

The credits from this show.

Double Booking was a one-off comedy about a bloke (Kevin Smith), reluctantly celebrating his stag night, and a woman (Theresa Healey) who is less than happy at her hen's party. When the titular double booking happens their paths collide. The two are starstruck at the Ocean Moon restaurant; wedding days are threatened and much ado occurs. The cast is a virtual Gloss reunion. Double Booking was one of a series of comedy pilots for TVNZ. A series didn't ensue, but it did win James Griffin a Best Comedy Script gong at the 1999 New Zealand TV Awards. Griffin writes about it here. 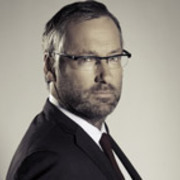 Produced by Humour Mill, a partnership of Tania Stiles, James Griffin and Sean Rundle, in association with South Pacific Pictures and TVNZ