This hit Māori Television mockumentary series follows a couple of metro Māori men on a mission to claim a large inheritance…by finding a Māori bride. But in order to do so, the two 'plastic Māori' – property developer Tama Bradley (Boy's Cohen Holloway) and accountant George Alpert (singer/actor Matariki Whatarau) – must get in touch with their culture. In this first episode their unreadiness for the challenge is clear. NZ Herald's Alex Casey praised the show as a "hotbed for humour". Māori Bride was produced by the company behind webseries Auckland Daze and movie Waru.

I mean, I'm part-Māori even though I really don't look it. Even doing stand-up, people would say, 'well who's this white guy doing Māori impersonations?'
– Cohen Holloway on playing a 'plastic Māori', to Stuff writer Sienna Yates, 3 May 2015 Actor Matariki Whatarau sings in this Another family dealing with an inheritance

Cohen Holloway in a dramatic role Produced by the same team 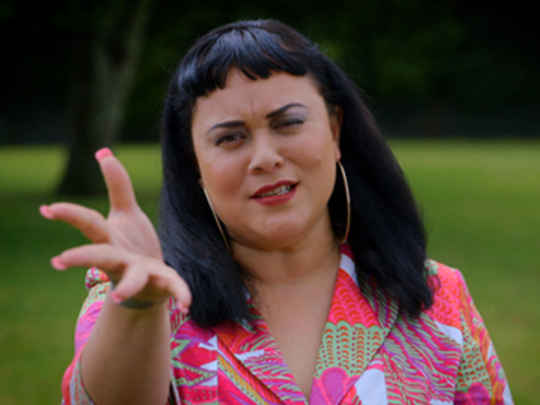 In this award-winning short film, a young mother...