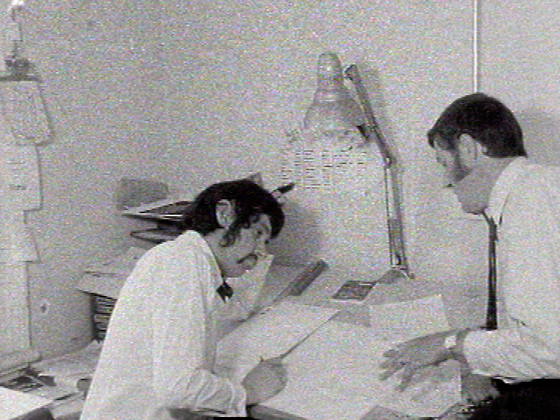 In this late 1969 report, advertising men Bob Harvey, Warwick Brock (the one with the moustache) and Ross Carpenter discuss their brand work for the Labour Party in the general election. Despite National having taken the 1969 election, MacHarman Associates founder Bob Harvey argues that the momentum generated by their campaign will see Labour win in 1972 — a claim that proved true. MacHarman's 1969 campaign spun off the slogan and song 'Make Things Happen'; part of an innovative split screen advert that took four months to make. Harvey later entered local politics, doing six terms as Mayor of Waitakere City.

Out of our heads.
– Bob Harvey has a quick answer for the question 'where did you get your ideas'? An advertising campaign from the same era

Bob Harvey also worked on the 'Save Manapouri' campaign Another episode from this 1970s current affairs series Bob Harvey in his mayoral role