Here is the News surveyed Kiwi television journalism up until 1992. Presented by Richard Long, this 10 minute excerpt looks at radio and TV coverage of the Wahine disaster, where over 50 people died after the interisland ferry struck Barrett Reef, on 10 April 1968. NZ Broadcasting Corporation reporters Keith Aberdein, Fred Cockram, Nadoo Balantine-Scott and cameraman Andy Roelents are among those recalling their experience of the storm, and the challenges of covering the tragedy — and broadcasting it across New Zealand, in the days before nationwide transmission.

...Taxis wouldn't take you unless there were four of you to get the weight ... they were literally scared of being blown over.
– Keith Aberdein, who was an NZBC reporter on the day of the storm 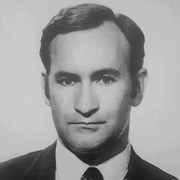 A 1993 examination of the disaster

More of the original news coverage

Reporter Keith Aberdein acts in this

The full documentary from which this clip is taken A 2005 documentary featuring the disaster Recreation of a 1973 Wahine memorial service Keith Aberdein acts in this A requiem to the Wahine disaster