After hit song 'I Got You' proved definitively that art rockers Split Enz could be chart-topping pop stars, their 1980 album True Colours yielded a second classic single. This time it showcased Tim Finn's vocal range. The music video is set in some stately mansion after the last champagne of the night. Finn wanders into the back garden as he mourns the pain of being "haunted by the things that you feel", while the rest of the Enz stand around as part of the tableau. Annie Crummer later covered the track for Eddie Rayner-led project ENZSO.

We went through a period where we shunned it ‘cause it was so successful. We were sick of playing it. But it’s a fantastic record. Lean and tight, energetic and up. Good songwriting and I love the sound of it now .... There’s a tendency for bands to turn on the record that makes you successful and regard it as a curse, but now I think it was a blessing in every respect.
– Neil Finn on True Colours, on radio show Enzology The winning contender for debut single from the True... 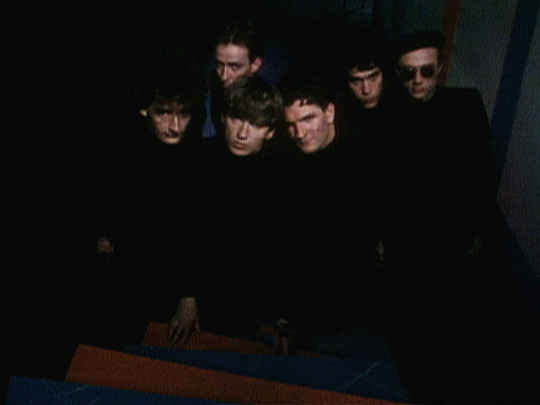 Song from the next Split Enz album A later song from Tim Finn