This 1972 documentary explores the world of a dying generation of Māori female elders or kuia — “the last of the Māori women with tattooed chins”. The film pays tribute to the place of the kuia in Māori culture, and of wahine tā moko. Among those on screen are 105-year old Ngahuia Hona, who cooks in hot pools, rolls a cigarette, and eats with whānau, and “the oldest Māori” Ngakahikatea Whirihana, who remembers the Battle of Ōrākau during the land wars, and has outlived four husbands. Into Antiquity was an early documentary from veteran director Wayne Tourell.

It is a pride tinged with sadness, for many of them are the last of the full-blooded Māori.
– Narrator Meremere Penfold

'The producers wish to thank H.M. Queen Te Ata Rangikahu, and all the Māori families who assisted us by allowing their beloved Kuia to be filmed' A later documentary on Māori tattoo A documentary on tattoo This episode looks at Tā moko

Anzac Wallace gets a moko for Utu 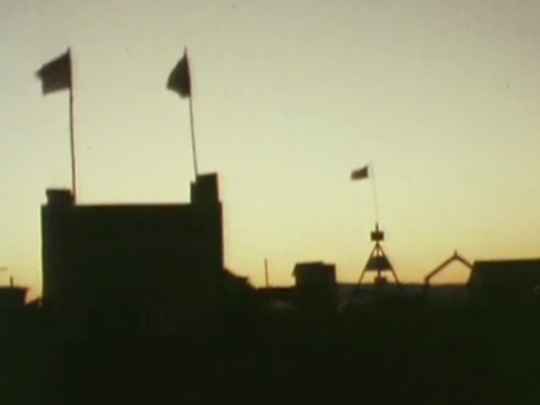 Dramatisation of the battle of Ōrākau

An interview with kuia Hana Cotter Documentary about tattooing in prison and NZ gangs Classic movie inspired by the battle of Ōrākau