This film showcases legendary running coach Arthur Lydiard's training methods, through some of his most famous pupils — including John Walker and Heather Thompson. 'Arthur's boys' (Peter Snell, Murray Halberg, Barry Magee) scored attention by winning unheralded medals at the 1960 Rome Olympics. Lydiard later led the 'flying Finns' to similar success. His method revolves around long runs that build stamina to complement speed. It was influential in popularising jogging globally. A highlight of the footage is Jack Foster's exhilarating descent of a steep scree slope.

Let’s face it if I’m training 365 days a year twice a day, it’s not to run second or third.
– John Walker 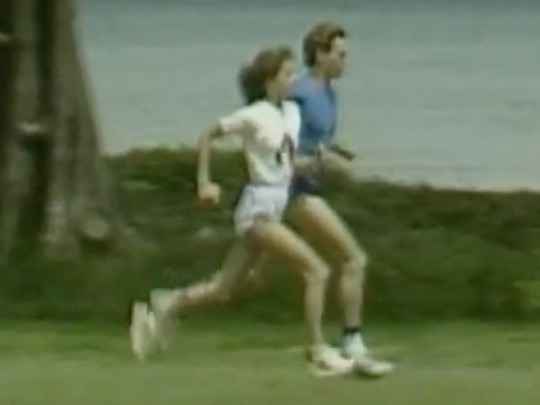 Arthur Lydiard is interviewed after Peter Snell sets a...

Lydiard commentates a race in this Commonwealth Games... Trailer for documentary on Snell and Halberg’s Rome 1960... Arthur Lydiard is mentioned near the close of this interview John Walker and Peter Snell in 1976