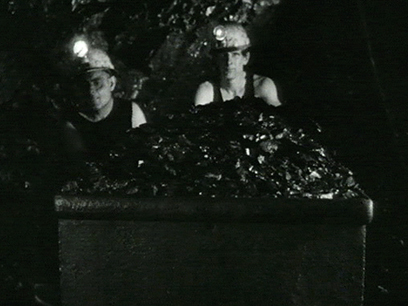 This fondly-remembered Pictorial Parade plunges down the famously steep grade of the Denniston Incline. The cable railway was the key means of transporting ‘black gold’ from the isolated Denniston Plateau to Westport. The engineering marvel fell 518 metres over just 1670 metres. It brought down 13 million tonnes of coal and many hardy families, despite notorious brake failures. This film was made just before the mine and railway ceased operating, as “old king coal” was supplanted by oil. Director Hugh Macdonald writes about making it, and a companion film, here.

I inspected this school in April, but do not care to entrust my life a second time to a wire rope that had given way shortly before my visit of examination to the West Coast.
– School inspector, 1882