In any trolley man’s life, the natural instinct is to avoid being in a tunnel when there's a train in the offing ... very soon after we plunged into the next tunnel — ominously numbered 13 — it became clear that Kb 970 was catching up with us.
– David Sims, in his background piece on making Kb Country Another film featuring trains on the Midland Line 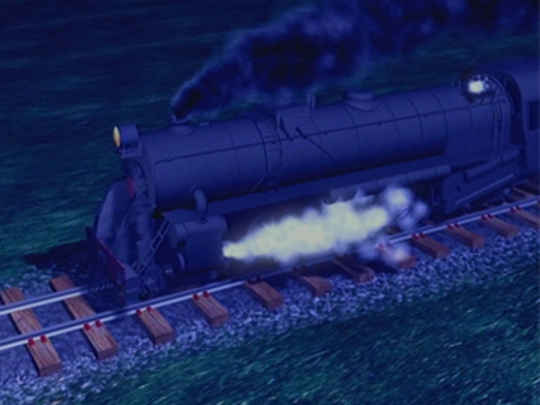 Another film about a famous steam train