In this first edition of the NFU’s monthly magazine series, the US Davis Cup team — featuring tennis legend Vic Seixas — plays a demonstration match in Wellington, en route to Australia. Further south Christchurch hosts the annual A&P Show. Motorbike-riding traffic cops keep the traffic moving on one of the busiest days of the year, and a shot of Cathedral Square is a reminder of pre-quake days. Then Ohakea farewells No. 14 Squadron, led by World War II air ace Johnny Checketts, as its de Havilland Vampires jet off to Cyprus and Cold War peacekeeping duties.

The visitor's play, sportsmanship and good humour appealed to the spectators.
– Narrator A Years Back episode on New Zealand at the time

Contemporary tennis in the shadow of Mount Cook 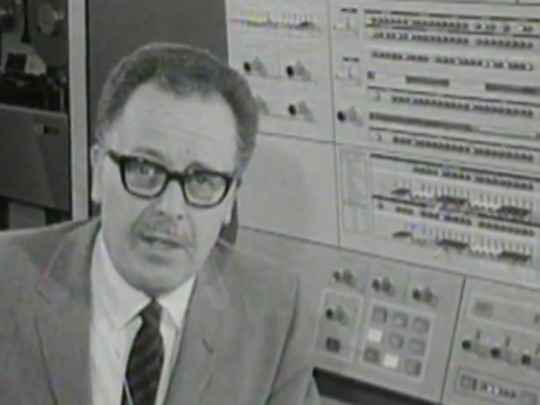 Wellington in the late 60s RNZAF in the Pacific War Another episode of Pictorial Parade