Musical romance movies are not a dime a dozen for New Zealand, and Portrait of A Knight proudly showcases Wellington city and its local talent. Inspired by musicals of the 1940s and 50s, the movie takes classical Hollywood film conventions and adds its own Kiwi twist. Self-funded by directors (and brothers) Stephen and Michael Riddell, the film tells the unlikely love story between a disenchanted archivist, and a historic painting of a knight that has come to life. Classically trained singers Hannah Gaisford and Phillip Collins star as the leading couple, performing original music composed by Michael Riddell.

It's funny, a few days ago I just wanted someone to show up and sit beside me, and now I'm literally chasing away the man of my dreams.
– Rachel Evans

As: Jerome of the Park Another indie film shot in Wellington

Another film set in Wellington 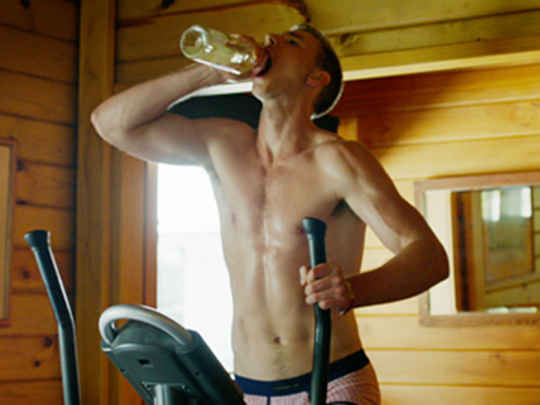 Another title featuring a knight