When the takahē was rediscovered in the Murchison mountains in 1948, it made world headlines as a back from extinction story. This documentary checks in on the big flightless birds three decades later, with their future under threat (by deer, stoats and breeding failure). Doctor Geoffrey Orbell recalls the 1948 expedition. Project Takahē was the first Wild South documentary made by TVNZ’s Natural History Unit (later NHNZ). The images of takahē – blue, green and red, plodding in the snowy tussock – marked the first time most New Zealanders had seen the bird in the wild.

Who can ever forget the sight of that takahē, fossicking for food in mid winter, popping its head up to look towards the camera with a huge lump of snow perched on top?
– Robert Boyd-Bell on this documentary, in his book New Zealand Television: The First 25 Years, page 192 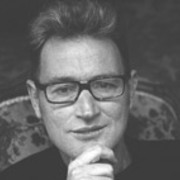 A visit to see takahē shortly after their rediscovery Another bird of the mountains Another documentary about animal breeding programmes