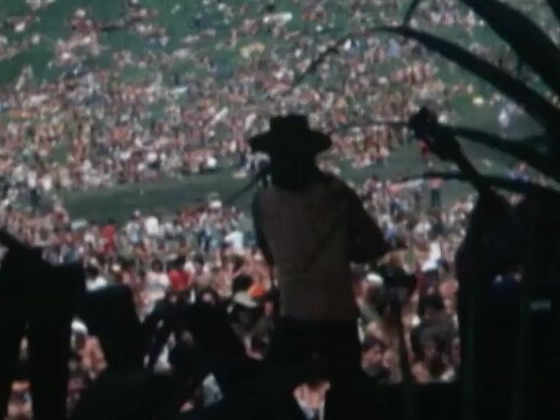 The legendary Dylan Taite hosts this RWP special on the first Sweetwaters music festival. The event took 12 months and half a million dollars to set up. Headliner Elvis Costello proved media-shy; some heavy-handed attempts to keep the cameras away are seen. Meanwhile, Taite muses on the impact of late 70s bands on the future of festivals. Sweetwaters would go on, although financial problems in 1999 led to the jailing of organiser Daniel Keighley. As this documentary shows, the Ngaruawahia edition attracted an audience of 45,000 concertgoers.

There was no aggro … it was just that sort of scene.
– Dylan Taite Documentary on 1999 revival of Sweetwaters Havoc and Newsboy are guides to a 1999 music fest

More from The Swingers RWP's impact is discussed in this documentary