This edition of the Rangatira (‘chief’) series on Māori leaders looks at the uncompromising approach of pioneering filmmaker Merata Mita. Breaking into directing and producing was a rare enough feat for Māori, let alone a Māori woman. Making Waves takes us back to the start of Mita’s career with television programme Koha, tracking key highlights through interviews with friends, family and some of the people she mentored. They speak of her tenacity, grit and sheer determination to bring Māori political and social issues to the screen. In the second clip, church leader Hone Kaa offers his views on Mita's importance.

Ngā Tamatoa was really fortunate in that we had a whole group of really articulate, intelligent, beautiful Māori women who had tremendous kaha, and who were really the strength of Ngā Tamatoa in Auckland. And Merata was one of them ... when Merata began to get into film work it was simply a continuation of the work she had been doing as a member of Ngā Tamatoa.
– Former Ngā Tamatoa leader Syd Jackson Rangatira was a five-part doco series that... 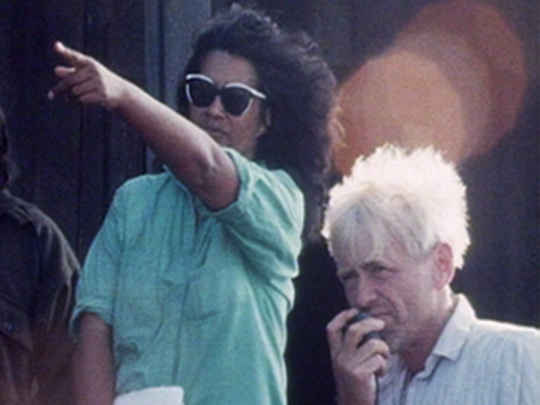 Behind the scenes on Merata Mita's film Mauri Excerpt from a later documentary on Merata Mita

Geoff Murphy talks about Merata Mita's work on this film

Merata Mita was a member of this group Trailer for a feature documentary on Merata Mita

Geoff Murphy talks about casting Merata Mita in this film Merata Mita worked on this film